The Maison de Champagne de Venoge is honoured to present you its new cuvée within the Princes range: the Princes Brut. It is the first cuvée of the Princes to exist both in bottle and in magnum. It is composed of a blend of the 3 main grape varieties of Champagne: Chardonnay, Pinot Noir and Meunier, each of which will be in proportion of one third in the bottle.

The House had taken into account the very large number of requests, as to the possibility of buying a magnum of Princes: from now on, you can buy a magnum having the shape of carafe which is so dear to de Venoge.

Finally, the very first bottles of Princes Brut, in very limited quantities, carry the words “first edition” and are adorned with a gold medallion to remind you of this.

So, if you would like to discover Princes Brut, buy unique bottles in the image of our beautiful House, or simply come and taste our entire range of Princes: please do not hesitate to come to our Bar & Boutique “Les Dépendances”, located at 33 Avenue de Champagne. 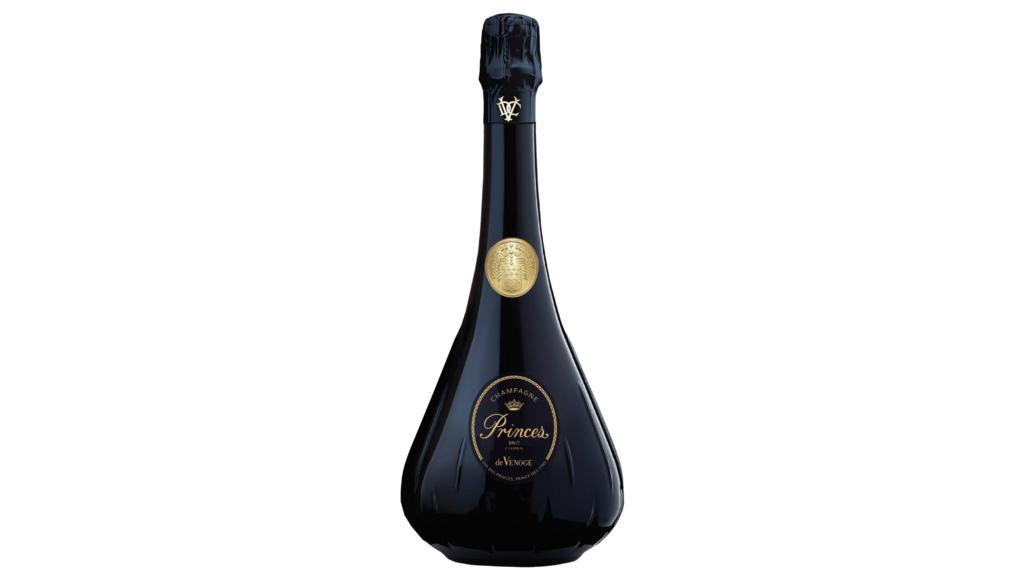 Today, the Maison de Venoge has the great honour of unveiling its magnificent bronze statue, representing the French King Louis XV, one of the most important figures of our beautiful House.

Designed at actual size for the 300th anniversary of the coronation of Louis XV, de Venoge entrusted its delicate realization to none other than the very talented French sculptor of Peruvian origin, Juan-Carlos Carrillo. Accompanied by his assistant, they made the clay model in the workshop of our House, between April and June. This was an open workshop, which gave you the opportunity to talk to Mr. Carrillo and to get a first impression of the beauty of his work.

The statue represents the King of France on 28 May 1728, signing the famous edict that legalized the wines of Champagne to be bottled and transported in it, allowing the second fermentation and the setting of the mousse to take place in the bottle.

Now finished and inaugurated on 25 October 2022 during a magnificent ceremony, it adorns the courtyard of our estate at 33 Avenue de Champagne in Épernay.

Legend has it that a bottle of Louis XV, the House’s most prestigious cuvée, has been placed underneath the base, ready to stand the test of time alongside the king above it.

So if you too wish to cross history and toast with the man to whom Champagne owes so much, the Maison de Venoge will be happy to welcome you.