Foundation of the House 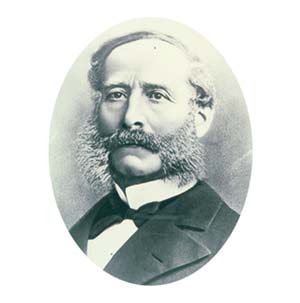 Henri-Marc emigrated from his native Canton of Vaud to Champagne and created "de Venoge & Cie" in 1837 with his son Joseph. 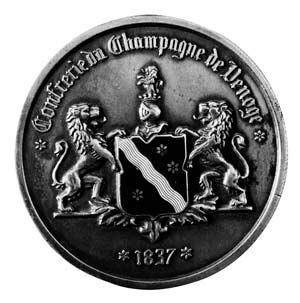 The Cordon Bleu was adopted as the symbol of the House in reference to the river Venoge and to the Order of the Holy Spirit: the most famous order of chivalry of the French monarchy. 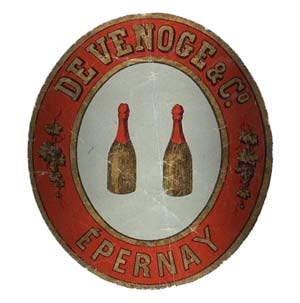 From 1838 Henri-Marc gave rise to a genuine "marketing" breakthrough by creating the very first colourful and illustrated labour of Champagne History! 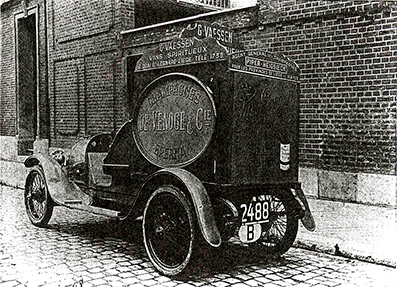 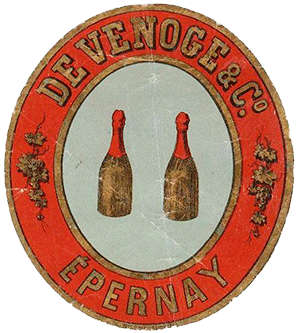 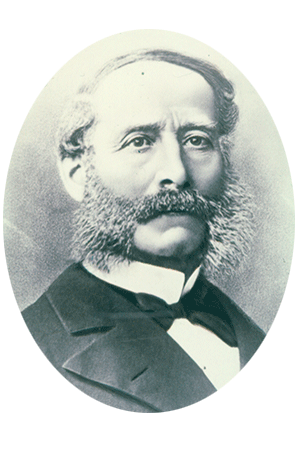 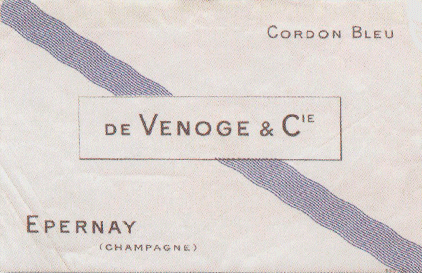 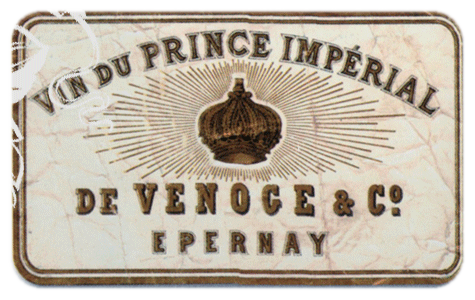 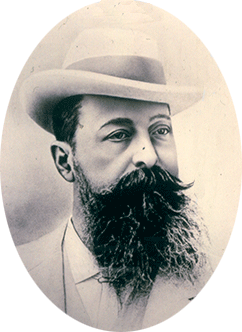 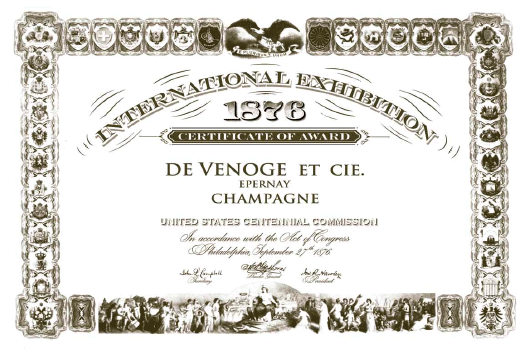 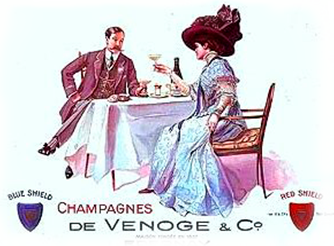 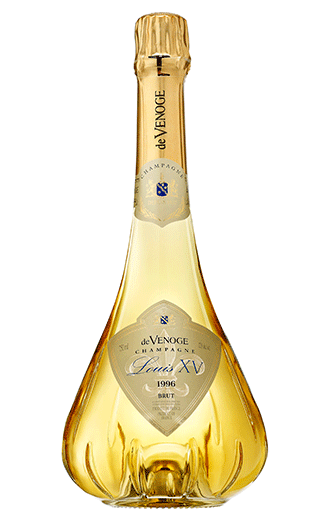 15th century
Origin of the de Venoge family in Switzerland where the river Venoge flows into Lake Geneva.
1825
Henri-Marc left Switzerland and settled in Champagne.
1837
Henri-Marc founded "de Venoge & Cie" in Epernay.
1838
Henri-Marc designed the very first colourful and illustrated labour of Champagne History.
1845
Joseph de Venoge, the son of Henri-Marc and outstanding figure of Epernay’s high society, took over the familial business.
1851
The Cordon Bleu was adopted as the symbol of the House in reference to the river Venoge and to the Order of the Holy Spirit: the most famous order of chivalry of the French monarchy.
1858
Creation of the Cuvée of Princes in tribute to the Princes of Orange.
1866
Gaëtan de Venoge, son of Joseph, became the President of the House. As a great lover of art, he considerably developed export sales, notably in the United States.
1876
de Venoge won the Grand Prix d’Excellence at the Universal Exhibition of Philadelphia.
1882
de Venoge was one of the founding Houses of the Syndicat des Grandes Marques de Champagne. As an instrument of common quality policy, this Syndicat is now the major actor of all the struggles for the safeguard of Champagne.
1898
Yvonne de Venoge, daughter of Gaëtan, and her husband Adrien de Mun took the lead in the company. They developed the brand within the great European aristocracy.
1922-1958
Henri de Manneville and then Jacques de Nadaillac managed the House.
1998
de Venoge integrated the Champagne group Boizel Chanoine Champagne.
2005
Launch of the prestigious Cuvée "Louis XV" to whom the Champagne owes so much. By the decree of May 25, Louis XV authorized indeed only the wines of Champagne to be marketed and transported in bottles.
2015
The House moved to 33 Avenue de Champagne in a magnificent case that perfectly conveys the image of nobility, distinction and refinement attached to de Venoge. 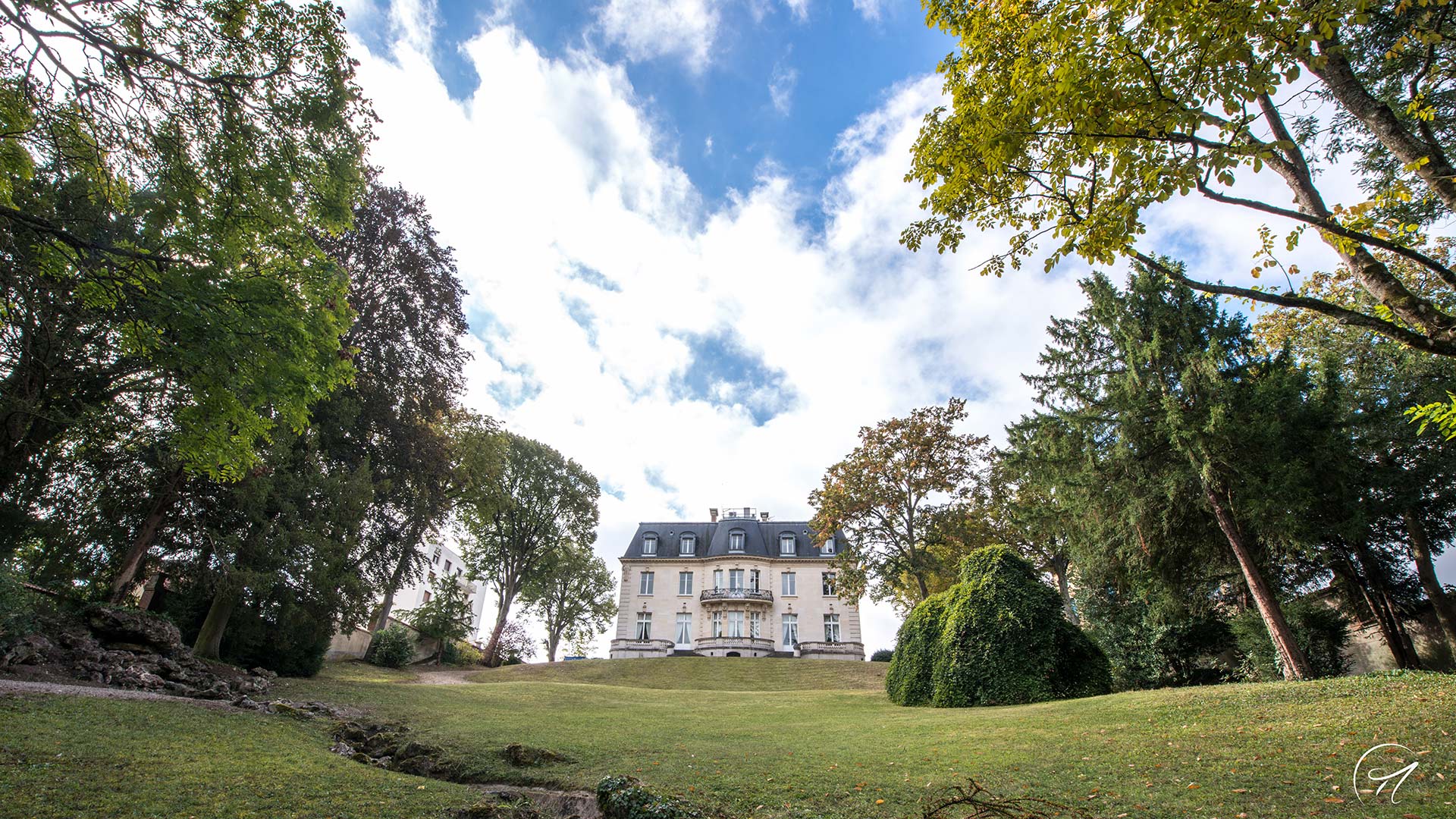 The wines of the House are today exported in more than 40 countries, only in a very selective network: specialty stores, hotels and the best restaurants.

Our cellar master enforces high quality standards for their elaboration: supplies in the best vintages, low dosage, use of the only first press and long aging times.

The House de Venoge also holds a true treasure: one of the most plentiful wine libraries of Champagne composed of nearly 20,000 vintage bottles.